Lose Weight While You Sleep 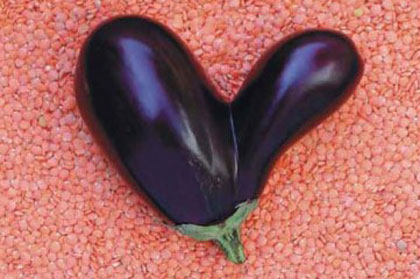 Scientists now suggest that poor sleep habits may be as important as improper nutrition and physical inactivity in the development of diabetes, chronic illness and obesity.

Up to 70 million Americans have some sort of a sleep disturbance that can be caused by emotional, environmental or physical factors, such as sleep apnea. The effect of sleep deprivation is profound. Right up there with food and water, sleep is a basic human need.

According to the National Sleep Foundation in Washington, D.C., one-third of the population sleeps 6.5 or fewer hours than the 8 hours sleep specialists recommend as optimal. Several recent studies demonstrated that sleeping 6.5 or fewer hours for successive nights caused potentially harmful metabolic, hormonal and immune changes.

Sleep researchers at the University of Chicago found that sleep deficits impaired the body’s processing of the sugar, glucose, showing signs of insulin resistance in 50% of the volunteers. Other hormonal changes that promote weight gain were seen in the sleep-deprived, as well. Leptin, a hormone that signals satiety and regulates energy balance, can increase fat deposition, slow metabolism and over-stimulate the appetite if its level dips.

When held to 4 hours of sleep for a week, volunteers reported being hungrier than when they had adequate rest, and would overwhelmingly ask for candy, starchy foods and salty snacks, such as potato chips. There were no cravings for fruit and vegetables!

Whether millions of cases of obesity and diabetes could be prevented if U.S. citizens increased their sleep to 8 hours per night cannot yet be answered conclusively. There is evidence, though, that the extreme—6 hours or less per night—is not conducive for optimal health. Consistently sleeping 7 to 8 hours per night not only aids one’s health, mental acuity and attitude, it also improves one’s appearance.

A study reported in The Journal of Investigative Dermatology found that inadequate sleep resulted in the skin being more vulnerable to allergens and bacteria with a slower recovery time for healing. Because sleep deprivation affects hormonal levels, skin can become dry, more prone to acne, and hair thinning or actual loss can result. Lack of sleep increases adrenaline, which can cause superficial blood vessels to constrict, creating an ashen complexion in darker skinned people or a pallid coloring of light skin. It appears Mom was correct when she said “you need your beauty sleep.”

Of all the health prescriptions and weight-loss techniques available, wouldn’t it be great if all it took to lose those extra pounds and get healthier was to turn off the alarm clock?